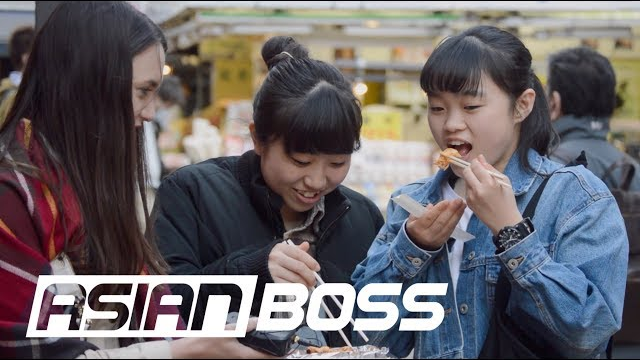 The Difference Between Authentic Japanese Sushi and Worldwide Sushi Sushi aficionados frequently wonder if there are any differences between sushi prepared and served in its native Japan and sushi available in the West. Some desire a more traditional sushi experience, thus authentic Japanese sushi, while others are simply curious as to whether they are actually eating “Japanese food” when they order sushi.

This is a relatively new creation when compared to the extensive history of sushi. When you consider how common this type of roll is in the United States, you begin to comprehend the vast differences between Japanese sushi and the globalization of sushi.

Unbelievably fresh fish will be served over rice with a touch of wasabi, allowing the natural flavors of the fish to shine. Those sushi restaurants with access to the Tsukiji Market are especially fortunate, as they serve only the day’s catch and base their menu selections on market freshness.

While it is possible to find fresh sushi in the United States, Canada, and Europe, frozen sushi is more common (which is still delicious, but not quite the same). Fresh fish is the norm in Japan, so it makes sense that they prefer not to mask its flavor with rolls dripping with condiments and vegetables.

This style of sushi can be traced back to a time before the invention of refrigeration and freezing techniques. In Japan, sushi rolLs are simpler, consisting of a circle of white rice surrounding a raw fish and tightly wrapped in nori. American sushi is nearly a separate food category from traditional sushi.

This type of cuisine would never be served in a traditional Japanese sushi restaurant! Local cuisine will invariably feature rolls made with local ingredients and flavors. In addition to etiquette, the experience of eating sushi differs in other ways.

Instead, pickled ginger and soy sauce are used to cleanse the palate between courses (shoyu). Sashimi would be served with soy sauce, but the common western practice of mixing wasabi and soy sauce would not be employed. When consuming nigiri in a traditional setting, it is important to flip the sushi over before dipping it in soy sauce.

Allow only the fish to come into contact with the soy sauce, as the sauce will diminish the flavor and texture of the rice. This article does not intend to assert that traditional sushi is superior. Different cultures have different sushi preferences, and I personally enjoy California rolls and British Columbia rolls, which contain barbecued salmon skin in a sweet sauce and would never be found in Japan.

It is intended to demonstrate that western sushi is not as much Japanese food as it is inspired by Japanese cuisine, and that there are significant differences between the sushi served in Western countries and that served in Japan. Bon appetit!: The Difference Between Authentic Japanese Sushi and Worldwide Sushi

Is sushi regarded as a delicacy in Japan?

In April 2001, we sent surveys to approximately 5,000 individuals who had registered with our pen pal service under the Japan category and indicated their willingness to participate in surveys. We received 835 valid responses from Japan-based Japanese citizens.

Sushi is available in a variety of forms, including the traditional nigiri zushi (small rice balls topped with fish and other small pieces of food), gunkan zushi (seafood in small cups made of sushi rice and seaweed), norimaki (sushi rolls), temaki zushi (sushi rice, seafood, and other food in cones made of seaweed), chirashi zushi (seafood spread over sushi rice), inari zushi (sushi rice in Sushi rice, which is cooked Japanese rice flavored with sushi vinegar, is always present.

The remaining 13% eat sushi even less frequently; however, only 3% responded that they never eat sushi. tekka maki Next, we wanted to determine which types of sushi are the most popular. Participants were asked to select from a list of 24 types of sushi the ones they consume most frequently.

negitoro temaki According to the results of our survey, Maguro (tuna; nigiri) is by far the most popular type of sushi.60% of respondents indicated that they frequently consume Maguro sushi. Following Maguro are Ikura (salmon eggs; gunkan), Toro (tuna’s fatty portion; nigiri), Anago (eel; nigiri), Ebi (shrimp; nigiri), and Ika (squid; nigiri) with 42 to 45 percent each.

Conversely, only nine percent of respondents dislike Toro. Uni (sea urchin) ranks second on our sushi favorites list with 32 percent. Gunkan sushi, which typically consists of a brown, creamy sea urchin with a strong flavor, is one of the few sushi varieties that is loved by many and disliked by nearly as many.

With 28 percent, Uni ranks second on our list of the most disliked sushi types. Amaebi (raw shrimp; nigiri) is ranked third on our list of most popular sushi types with 31 percent, followed by Ikura (salmon eggs; gunkan) with the same percentage. Ikura, like Uni, is disliked by many (19%), likely due to its potent flavor.

Also popular are the Maguro/Tuna (30%) and Anago/Eel (29%) combinations. Several types of sushi with shiny skins are disliked, including Saba/Mackerel (30%), Iwashi/Sardine (20%), and Aji/Horse Mackerel (20%). On the list of unpopular sushi types, the chewy Tako/Octopus (20%) and Ika/Squid (19%) also rank highly.

The results of the survey indicate minor differences between the sexes. Amaebi (raw shrimp), Ikura (salmon eggs), and Sake sushi are more popular with women than with men (salmon). On the other hand, men prefer Toro and Maguro (tuna), Uni (sea urchin), and Anago (eel) over women. Moreover, women are much more likely than men to dislike certain types of sushi.

For instance, 37 percent of women dislike uni, while only 19 percent of men feel the same way.

Is sushi in Japan identical to sushi in America?

In America, sushi typically consists of cooked ingredients wrapped in rice and seaweed. Sushi is typically composed of raw fish and vegetables served on a bed of rice in Japan. There are several reasons for this distinction.

What is the standard sushi in Japan?

1. Nigiri Sushi. Nigiri sushi (hand-pressed) is the most popular type of sushi in Japan and is uniquely shaped by the chef’s hands. It consists of a bed of vinegared rice formed by hand into an oval shape and topped with neta (fish).

In Japan, is it acceptable to eat sushi with your hands?

You will never again drop a piece of sushi into your soy sauce – Having trouble with your chopsticks? What was that? The majority of Japanese consume sushi with their hands. It is acceptable, especially with nigiri sushi (individual pieces of sushi with meat or fish on top of rice).

Miho: “Actually, sushi can be eaten with the hands. Some people now use chopsticks because they believe it to be cleaner, but in the majority of Japanese restaurants, you must first wipe your hands with a hot towel. Only sashimi is never consumed with the hands. However, did you know that sashimi is not sushi? Sushi is anything made with rice.

It’s not traditional, and I’ve never seen it in Japan, but you can find it in the United States, including in Japanese-owned stores. The Philadelphia Roll is a type of sushi containing cream cheese.

The Japanese name for soy sauce is Shoyu. It is the most indispensable condiment for sushi and sashimi. In conventional sushi restaurants, soy sauce is also known as murasaki. Kikkoman is the most popular brand of soy sauce, but smaller, rarer varieties with a variety of flavors are produced throughout Japan.

Is sushi in Japan superior to ours?

One of the most significant distinctions between Japanese and American sushi is that the majority of Japanese sushi is composed of extremely fresh fish. Depending on where you live, American sushi has improved, but it’s still not at this level.

Is it rude to sneeze in Japan?

In Japan, is it impolite to finish your ramen?

The protocol for consuming ramen. It is customary for the Japanese to say Itadakimasu, which translates to “Gratefully Received.” However, in a mealtime context, Itadakimasu is equivalent to ” Let’s eat,” ” Bon appetit,” or ” Thank you for the food.” Itadakimasu! It is essential to learn proper execution.

ITADAKIMASU! Let’s Dig In 1. Equip yourself with chopsticks in your dominant hand and a spoon in the other.2. Inhale the aroma of your ramen prior to eating it. Be sure to inhale the wafting aromas prior to eating, as this will enhance the overall flavor.3.

It is essential and perfectly acceptable. As the ramen is served boiling hot, this serves to aerate and cool the noodles so that they do not set your gullet on fire. This allows you to simultaneously taste the noodles and the broth. It’s also a lot of fun. The rule of thumb regarding slurping: When slurping ramen, you must aggressively inhale the air; if you are not making noise, you are not doing it correctly.

Slurp Fast, A bowl of ramen must be consumed within five minutes. Ramen is a fast food that can be consumed on the go. Repeatedly slurp until all of the noodles, pork, eggs, etc. are consumed. Pick up your bowl with both hands and drink from it. Now that you have eaten like a boss, be sure to place the bowl down and say “Gochisousama!” (We appreciate the meal.) After consuming the last drop,

Unless you are a regular customer, do not add any toppings or sauces until you have consumed a portion of the bowl as it is served. It is a slap in the face to the chef to immediately alter the dish without first tasting it in its original form. After sampling at least a portion, feel free to season as you see fit.

In Japan, is sushi considered a delicacy?

Is sushi a Japanese delicacy?

What Owning a Sushi Restaurant in Japan is Like

Sushi I or) is the most well-known Japanese dish outside of Japan and one of the most well-liked dishes in Japan. Sushi is typically reserved for special occasions, such as celebrations, in Japan. Historically, sushi referred to fish that had been pickled in vinegar.

Currently, sushi is defined as a dish consisting of rice prepared with sushi vinegar. There are numerous varieties of sushi. Popular ones include: Small rice balls topped with seafood, fish, etc. There are countless varieties of nigirizushi, with tuna, shrimp, eel, squid, octopus, and fried egg being among the most common.

The image depicts trout oshizushi in the shape of a common train station lunch box (ekiben). Inarizushi is a simple and inexpensive sushi in which sushi rice is stuffed into deep-fried tofu pouches (aburaage). Chirashizushi is composed of seafood, mushrooms, and vegetables atop sushi rice.

Why is sushi a Japanese specialty?

2. Sushi as a Culture in Japan – According to legend, the Japanese began eating sushi at the end of the Edo period (1603-1868) due to the mass production of soy sauce. The combination of raw fish and soy sauce preserves the fish’s freshness; this was a very important discovery for Japan.

After the Great Kanto earthquake of 1923, a large number of sushi chefs in Tokyo returned to their hometowns, and hand-rolled sushi gradually gains popularity in Japan. In Japan, sushi is consumed approximately two to three times per month, and many Japanese families with children visit sushi restaurants (primarily conveyor-belt sushi) to enjoy sushi with their children without spending excessive amounts of money.

Sushi is considered a healthy soul food because it is made with nutritious ingredients such as vinegar, DHA-rich fish, shellfish, and vitamin B and E-rich rice. How frequently do you dine out for sushi in Japan? Many foreigners appear to eat sushi on the weekends, particularly in Tokyo’s Omotesando, Shibuya, and Shinjuku districts, which are renowned for their sushi restaurants.

What Is A Good Sushi For Beginners?